The day starts with an early morning meeting of the incident management team. In the room are the heads of all the major global players responding to the outbreak - the World Health Organisation, The Centre for Disease Control, Medicens Sans Frontieres, various UN agencies and representatives from Liberian government. They come from all parts of the globe, including Australia.

The Assistant Minister for Health, Tolbert Nyenswah, appoints me as the honorary deputy chair of the meeting. Liberia hasn't been inundated with politicians since the Ebola outbreak started (in fact I'm told I'm the first to have embarked on a visit like this) so I get the VIP treatment. As a Greens Senator it's not something I'm used to.

The lead epidemiologist briefs the room on the numbers. There is guarded optimism that the number of new cases has stabilised at about 70 each week but there's also worry that progress appears to have stalled. Of more concern is the fact that new cluster are being reported in remote areas that are difficult to reach and there are fears that a number of villages could be decimated.

The indications are that most of these new outbreaks are being transmitted from people who have visited the capital Monrovia so it’s critical that the epidemic is contained there. We hear that the focus in the capital needs to shift from building treatment centres (for which there is excess capacity) active case finding and tracing contacts of people who may have been exposed.

As we leave the meeting a director of one of the lead agency and a fellow public health physician tells me that despite the challenges "it's the Superbowl for public health doctors”.

The disposal of dead bodies continues to be a difficult issue. Some of the agencies express concerns that community members are becoming increasingly resentful at bodies being taken away for cremation. The grief that people feel at losing a loved is compounded by being denied a traditional burial that involves washing the body and a burial ceremony. Moves are now afoot to secure some land so cremation can be avoided because without the trust of the community the numbers of secret and unsafe burials will increase. Later an MSF worker tells me that he once returned to the home of a deceased child and entered the contaminated bedroom just to retrieve a doll for a grieving father. 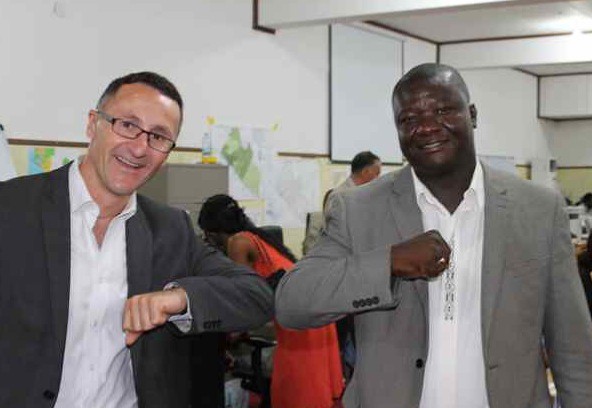 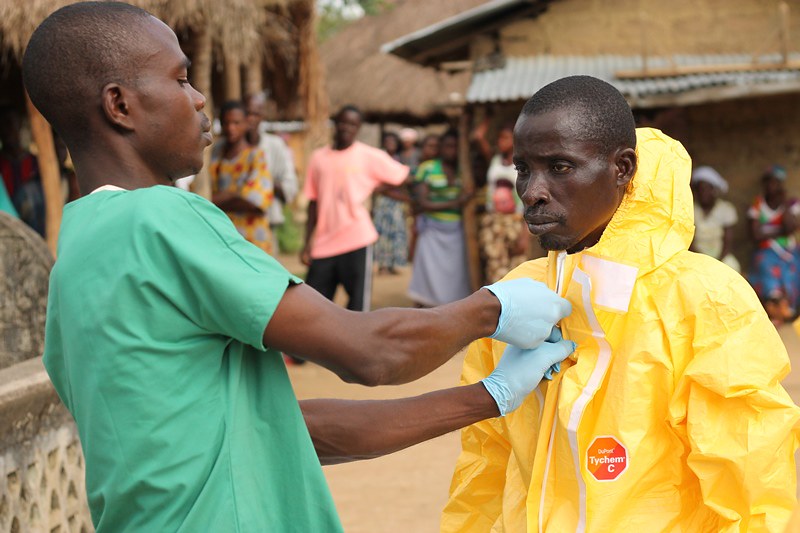 Next I meet with the Vice President of Liberia. He tells me about the special relationship between our two countries and reinforces the importance of Australian scholarships for Liberian students. I had no idea that so many Liberians had studied in Australia until this visit, and many of them now occupy senior positions within government. He also offers his sympathies for the death of Phillip Hughes, which given everything that his country is enduring is a remarkable gesture.

We hit the road (a very generous term) for a visit to MSF’s new Ebola triage centre, which is something between a hospital and an Ebola treatment centre. I go through the now hourly ritual of washing my hands in bleach and put on some basic hospital garments and boots.

Part of me wishes I was putting my medical skills to better use and working here. Doctors are in short supply and I have already had a few offers. I know my wife Lucy, a former Oxfam aid worker who spent time in Afghanistan, would join me in a heartbeat. But I remind myself that I made a decision to enter politics so I could have the chance at making a bigger impact.

The triage centre is necessary to stop people with Ebola like symptoms from presenting directly to hospitals, which resulted in the closure of hospitals at the height of the epidemic in Monrovia. The centre sits adjacent to Redemption Hospital which is located in a slum community badly affected by the outbreak. Redemption hospital saw the deaths of seven health workers and countless people before it was closed. The acrid smell of burning hospital mattresses now fills the air as they prepare to reopen.

We finish the day with a visit to the West Point slum area in Monrovia. Community leaders and outreach workers lead us through the sandy laneways lined with corrugated shanties to show us what they are doing to fight Ebola. A young woman tells us how she goes door to door looking for cases so that they can get treatment and so that their families can be monitored for symptoms. She worries about her own health but says she has no choice. Recently she experienced fevers and headache and went to get tested but was relieved to get a diagnosis of Typhoid. "It was just Typhoid". Puts it all in perspective.