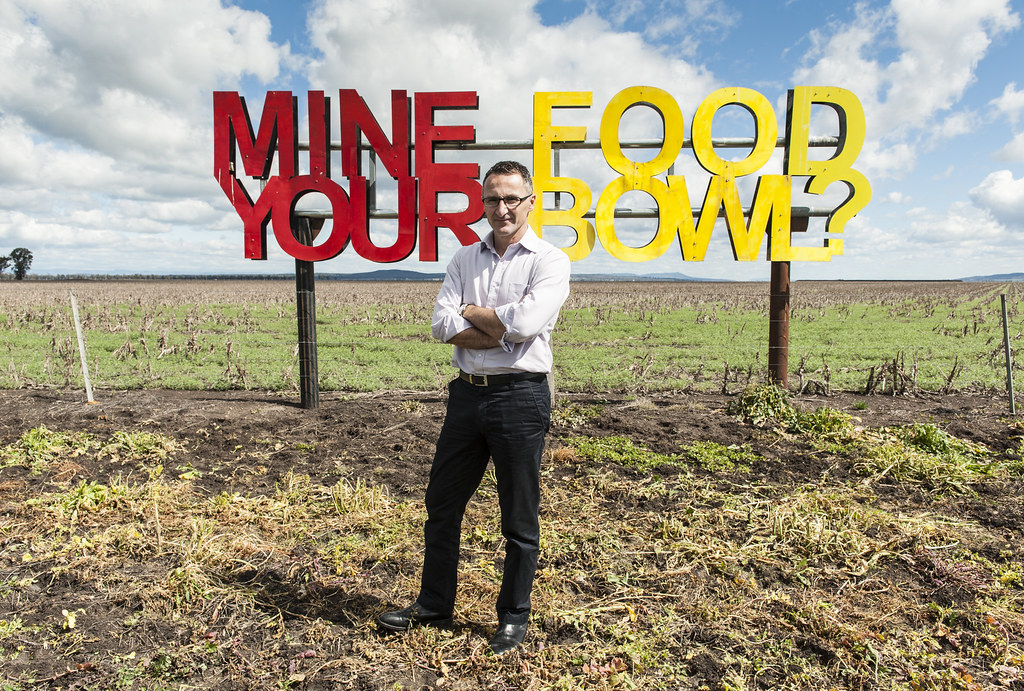 "Until you've seen this, until you've experienced it, until you feel the black dirt under your feet, you can't understand what a devastating impact this coal mine would have on the farmers who live in this area and the kids who want to continue farming into the future," Senator Di Natale said.

"There are things we can do in the Federal Parliament to make sure this mine is stopped, and Barnaby Joyce needs to stand with the Greens and stop outsourcing his responsibility as a Government Minister.

"One of the things I hope to do over the next few months is ensure that everyone in Canberra knows the choice we're faced with: it's a choice between the past and the future. Coal is an industry of the past.

"It's time that this battle becomes one of the big battles in the Parliament leading up to the next election," said Senator Di Natale.

"This is my first visit to the Liverpool Plains and I've been blown away by how beautiful it is, and how productive it is.

"Everything we've heard in the Parliament about this mine makes it sound tucked away and separate from the prime agricultural land this area is blessed with, but what I've seen here is a whopping great big coal mine to be dug smack bang in the heart of what is one of the nation's most important agricultural assets.

"This is an asset not just for the people who farm this area now, but for the generations of people who will farm it into the future, and we're potentially selling it out for a quick buck, on the back of an industry that's dying. It makes no sense," Senator Di Natale said.

Greens use Barnaby to step up campaigns against inner city Liberals